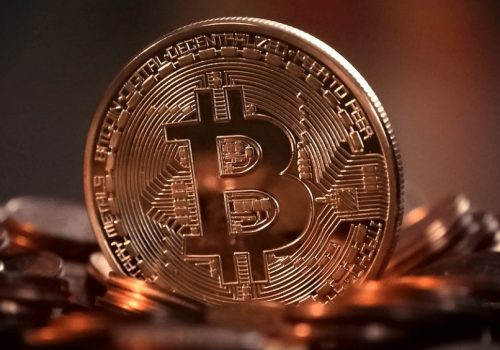 If you have not heard these terms, you have probably been living under a rock…

So what exactly is all of this, and how does it work?

Bitcoin is a digital currency (also called cryptocurrency). Unlike currencies that we are familiar with, cryptocurrencies like bitcoin are not backed by any country’s central bank or government. BUT—similar to traditional currencies, they can be traded for goods or services with vendors who accept it as payment.

Balances are kept using public and private “keys” (long strings of numbers and letters linked through the mathematical encryption algorithm on a computer). Public keys are like a bank account number, and are published to the world so others know who may send bitcoins. Private keys are like PIN numbers and are used to authorize bitcoin transactions. Bitcoin is stored on an electronic “wallet,” and can be bought bitcoins using a traditional bank account through a bitcoin exchange.

And that’s where blockchain comes in. A blockchain is a public ledger of all cryptocurrency transactions that have ever been executed. It is constantly growing as completed “blocks” (transactions) are added to it with a new set of recordings. Blockchain is a chronological history of bitcoin transactions, and each individual “block” is similar to a bank statement.

Why should lawyers care?

First, bitcoin is an emerging currency that is increasingly being used by consumers. As the general population begins to use bitcoin more often, potential legal clients may expect law firms to accept this type of digital currency. The more types of payment you accept, the more easily clients can pay your law firm for services rendered. Just as accepting debit and credit cards online makes you more marketable and appealing to potential and current clients, so too does accepting other forms of payment such as bitcoin.

Second, bitcoin is positioned to impact certain practice areas and create new opportunities. Lawyers who handle securities law or financial litigation matters may find that their practices are increasingly impacted by bitcoin. Regulation compliance, criminal law, white collar crime, and cross-border transactions are all implicated by this technological development.

Biglaw attorneys and corporate counsel should pay particular attention: if blockchain is widely adopted, it reduces the need for many complex transactions that attorneys are currently involved in, from the use of escrow accounts to title checks. Fortune 500 companies are looking at how they can integrate blockchain into their financial operations. Ethereum (a bitcoin iteration), for example, is already being developed with corporate finance applications in mind. Attorneys should begin thinking about how they might incorporate this technology into their practices to catch the trend.

Finally, a major part of the work of many attorneys requires facilitating a secure transfers of assets. These will be affected by bitcoin. From mortgage closings and business sales to divorce proceedings and securities law, if you want to stay on top of developments, you should pay attention to bitcoin.

So will bitcoin be affecting legal jobs?

Yes—even if it does not affect your practice specifically.

“The blockchain, like the internet, is going to have an impact on just about every existing type of institution in the years ahead — both private sector and government,” says partner Jason Weinstein, who, as a deputy assistant attorney general at the United States Department of Justice, led DOJ’s cybercrime and organized crime efforts, and will co-lead the practice. “So having a multidisciplinary blockchain practice puts the firm in the best possible position to help a wide variety of clients in a wide variety of industries prepare for that transition.”

Pay attention to these technological developments as they often signal a shift in traditional practice industries. Whether bitcoin continues to trend or not, it will certainly be impacting how certain transactions and regulations will shape in the near future.