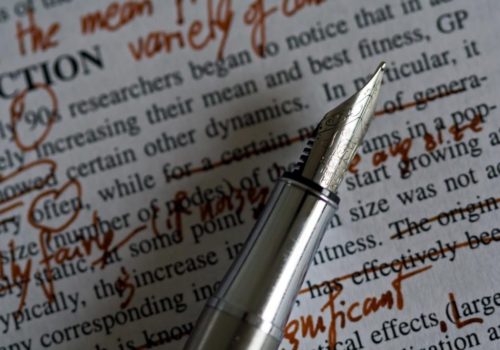 Do You Understand The Words Coming Out Of Your Pen?

The law—and therefore, legal practice—serves as an example of how words can affect people’s lives. As practitioners, producing legal documents that are clear and understandable should be a top priority. This is why revisiting legal writing is so important! George Orwell suggested six interesting rules in his 1946 “Politics and the English Language” essay that are worth considering:

The language of the law is notoriously wordy (partly as a result of the common law system and reverence for precedence). Additionally, lawyers are sometimes under the impression that they wouldn’t get paid for brevity and opt for a more lucrative model of being paid per word. This results in phrases like “final and conclusive” or “free and clear” (why? One word is of English origin, the other is of French or Latin origin). There was a time where this added clarity—but nowadays, they add nothing to the meaning other than familiarity. If you can, cut them out. Don’t use a long word where a short word does the job. We would all probably choose the fancier word (most lawyers would confess to acquiescing to this particular proclivity). If you are writing in order to communicate ideas clearly, then keep your language short and simple.

Rather than using stock phrases, legal or otherwise, convey what you mean. Rather than “time is of the essence,” for example (remember that from first year contracts?)…consider whether you know what it means legally? Does your client? Does a lawyer who isn’t regularly working with commercial contracts? Don’t feel bad if you don’t—because most of them won’t either.

Be clear—spell out what you mean.

Don’t be passive where you can be active. Passive voice can be beautiful in poetry and songwriting—but here, there’s a difference between “the Buyer would have had received” and “the Buyer would receive.”

And for that matter, don’t use foreign phrases, scientific words, or other specialized jargon if there are everyday, English equivalents. Legalese can be useful as a way of saying in a couple of words something that would take longer to explain in English, but there are occasions where it is better to give the clearer explanation than to use an imprecise replacement.

Write for your audience.

Remember: communicate your points across clearly, precisely and succinctly.