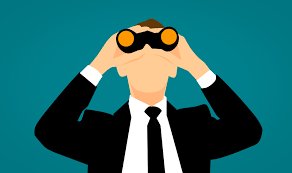 To BigLaw or Not to BigLaw? (Part II)

Is being a “BigLaw” attorney really a viable career track?

According to the National Association for Law Placement, BigLaw associates in Atlanta take home more money and enjoy an excellent quality of life—and DO have viable BigLaw careers.

Atlanta is particularly appealing due to its cost advantage. Law firms also tend to allow for more work-life balance and provide a greater opportunity for promotion to partner, while the city boasts thriving and diverse downtown areas and bustling arts and entertainment scenes. Atlanta has great schools, good weather and access to natural resources.

Due to high demand for associates in the Atlanta, the likelihood of being able to find a position at a large law firm there is positive. Once in a large firm, associates have a way up. Deal teams in large firms tend to be smaller than in other major markets, so associates assume significant responsibility over their matters at an early stage in their careers. Firms have an appetite for junior and midlevel associates with between two and six years of experience in all practice areas, litigation and transactional.

In addition to Atlanta, other cities that are also great places to pursue a BigLaw career include Austin, Charlotte, Chicago, Dallas and Houston.

After adjusting for cost-of living differences…

NALP used the median reported private practice salary in each city and incorporates cost of living information from The Council for Community & Economic Research to determine buying power.

In sum, aside from the personal considerations discussed in Par I, you want to evaluate whether you are in a market that supports your career in BigLaw. Being in a market like Atlanta makes BigLaw a viable option because: