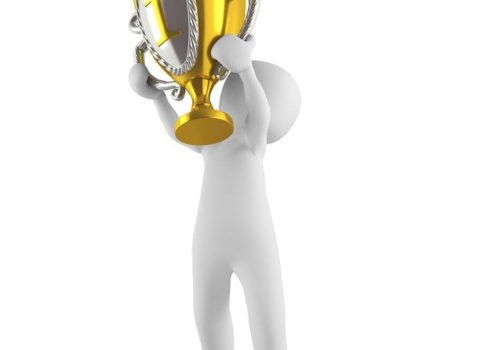 “I was actually the best lawyer in the office. Hire me, because before I joined that firm, no one knew what they were doing.”

No interviewer likes a boastful comment. The law does not revere braggarts. But when it comes to legal recruiting, many of us, to our detriment, become overly modest, keeping our success to ourselves and minimizing our achievements—and therefore, opportunities.

If you’ve been passed over for a promotion and wondered whether you should have beat your chest just a little harder during your performance review, you know that finding a way to share your success authentically without bragging can be a challenge.

The point is to share your achievements, not to make others look inferior or add members to your fan-club. Here’s how I suggest you talk about your achievements and performance in a productive manner:

Don’t speak ill of others

Avoid negative remarks about other people. If you think “no one else has billed as many hours as I have,” you’ll just sound mean. Leave out the comparisons. “I billed the most hours” focuses on your achievements without putting others down. It is okay to say that you won first place—don’t say that the runner up was miles behind.

Focus on your work

When you share your accomplishment, emphasize the hours and work behind it. Audiences respect triumph when they know effort was behind it (“It was a challenge to take the initiative on extra projects, but I worked really hard and gave up a lot of time to bill the most hours”).

Implying that something was easy or your lack of effort comes off as arrogant.

Give credit where it’s due.

Acknowledge colleagues that contributed. Success stories are more palatable when credit is given where it’s due.

“It was a challenge to take the initiative on extra projects. The supervising partner provided me with some great feedback, and the colleague in that office stepped it up overcome the challenges. It was a lot of hard work, but I was able to bill the most hours this year.”

Convey that you don’t feel entitled to the good fortunes simply because of how great you think you are. Show gratitude. “Thank you” are magic words that immediately help bring an impression of someone as down to earth.

“I am grateful that the supervising partner trusted me with the opportunity to take the lead on extra projects, and that I had great colleagues that spent a lot of their time with me to make it possible for me to bill the most hours.”

Avoid disguising self-promotion as a complaint. Directly communicating your accomplishments. Modifiers like “I don’t mean to brag, but I billed the most hours” not only does not excuse bragging—it also paints your next statement as a brag in the listener’s mind.