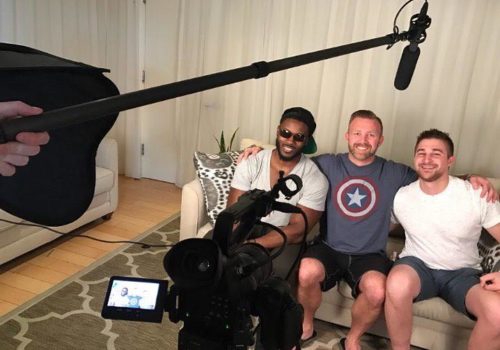 Reality television is the guilty pleasure of a lot of people…including law students. Watching others fan the flames over someone else’s dirty laundry inspires some law students to ask questions that reading, Palsgraf and Frigaliment, simply don’t.

Entertainment aside, there are some important lessons from reality television that law students—and lawyers—can take away.

1. You are always on display.

Reality television stars are recorded on every imaginable platform. A tweet can mobilize fans to tune in to a reunion episode just as it can help criminals target a celebrity by learning their location. Reality stars make us wonder whether publicizing their lives is worth the lack of privacy. Real Housewives of New Jersey’s Theresa Giudice broadcasting her life, always dealing with a “that problem” later landed her in jail. And we watched.

As a law student, you eventually learn that your actions are on display too. Lawyers aren’t merely “reasonable,” and are held to stricter standards of scrutiny and expectations. Though we might not have millions of twitter followers, our words matter, get recorded, and follow our careers. Facebook posts and conduct no longer just represent you; they represent your law school, client, firm—and the entire profession (which gets just as bad of a rap as reality television, without any of the glitz or glamour).

Dating shows like The Bachelor feature ten contestants competing to “win” the love of one person (who in turn is dating all of them). Weeks of dating, crying, and fighting ensue. There’s always accusations of a contestant who isn’t there for love, but instead, there just to compete and play it up for the cameras. The show ends with a chosen winner and an exotic vacation, followed by news that the couple didn’t last.

I am among the minority of law students who can sincerely say that I found something I genuinely love about the law and am passionate about becoming great at it. It is unfortunate that so few law students and attorneys are able to feel the same after competing so hard to enter into the profession. So many do it just to compete in the show, only to find out that the season finale was all hype.

3. You have to build your brand.

Successful reality stars built incredible brands. Kim Kardashian famously turned a situation that would wreck most of us into an empire (“So I would think that would have to involve some kind of talent,” she said in an interview). Omarosa, one of TV Guide’s greatest reality television villains, built a television career spanning over nine years (opening other professional opportunities) from that brand. Love them or hate them, reality stars masterfully utilize their television personas to sell products, become bestselling authors, and raise money for causes.

Law students eventually learn that it is important to be in control of their personal brand and to align it with the brand of future employers and the legal profession as a whole. Publishing articles, leading initiatives, and connecting with the right mentors are the stepping stones to building leading brands in our relevant practice areas. We also shift from treating our peers as mere classmates to colleagues.

Each interaction becomes as our own PR. No one likes the reality television contestant who is acting for the cameras just like no one likes the student who asks a question not to receive an answer, but to settle a personal score. Everyone loves the sincere character—even if they aren’t as talented. Sincerity, often underestimated, goes a long way with employers, clients, and judges.

4. Don’t fake the game, even though the game is fake.

Despite its name, reality television isn’t real. Producers stage heightened situations, stack them with polarizing personalities, then edit the ensuing drama to tell the story they want us to see. Law students become the producers and the characters: just as we don’t trust spontaneity on an exam and deliberately prepare to manufacture what we hope will happen when we walk into the exam room, reality stars walk onto manufactured dramatic situations and react with “deliberate spontaneity.”

While that’s different from researching and writing an appellate brief, it isn’t too different from preparing for an oral argument: we want it to seem spontaneous and brilliant, but to achieve that “spontaneity” we deliberately think of what we’d like to say and map a script of the anticipated dialogue.

In the first season of Little Women: LA, Terra and Christy butted heads (the real reason why anyone watched). Terra’s scheduled a music video shoot, and Christy told the other women not to participate. Supportive Tonya advised the understandably upset Terra “you can’t let one monkey stop the show.”

That’s a truth that those who built a career in reality television and the law all know. If someone or something holds you back, you push through. When Jennifer Hudson lost on American Idol, she was off the radar for almost two years, only to come back and win an Oscar while starring alongside Beyonce before receiving her first Grammy from Whitney Houston. Clay Aiken came in second on American Idol and second again on Celebrity Apprentice before he ran for Congress in North Carolina…where he came in second (BUT he built a net worth of over six million dollars along the way).

Lawyers start of as law students who are ranked and curved—only to learn that things don’t always go their way. When season one doesn’t give rise to favorable ratings, learn from your mistakes quickly and stage a comeback on season two.

Like reality stars who built lucrative careers, we can learn that being relevant and working is not just about coming out on top, but also about developing the stamina to stay in the game and keep playing.