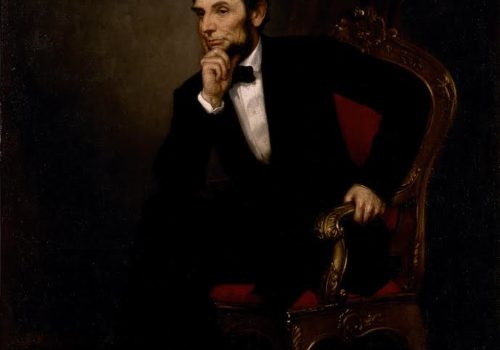 Abraham Lincoln has been widely regarded as one of the greatest presidents in U.S. history. He was a man of humble beginnings, but while in office, he was ambitiously pursuing the end of the Civil War, uniting the Republic, and abolishing slavery.

Oh yes—and he was a lawyer who was born in a log cabin in rural Kentucky, growing up in abject poverty with virtually no formal schooling.

Lincoln was known for his voracious appetite of reading, and has personally credited reading as being the game-changing skill that helped him to transcend his circumstances. Prior to serving on the U.S. Congress, he worked as a boatman, clerk, merchant, postmaster, surveyor, and county lawyer. During a time when young professionals built their livings from becoming apprentices to practicing professionals, Lincoln was a self study. He learned the law by re-reading borrowed law books until he understood them thoroughly.

Lawyers can learn from Lincoln’s example. Though legal thinking is taught in law school, lawyering is learned outside of the classroom. The legal profession is a lifelong pursuit. An attitude to constantly grow and succeed is key to succeeding as a lawyer.

Law as a calling, not just a job.

Lincoln wrote: “Every man is said to have his peculiar ambition…I have no other so great as that of being truly esteemed by fellow men, by rendering myself worthy of their esteem.”

From his humble beginnings, Lincoln developed a deep sense of who he was. From that sense, he developed the self-confidence that served him for his entire adult life. With the country greatly divided over slavery, and at the height of a Civil War that already took the lives of hundreds of thousands of men, he didn’t just do his job. He looked to serve a purpose greater than himself (to ensure that a “government of the people, by the people, for the people, shall not perish from the earth.”).

Lawyers face great challenges and obstacles, and finding the motivation to work through the hard times requires more than a handsome paycheck. Stay in touch with the conviction that the law is intrinsically important, and do not forget about what brought you to the pursuit of law in the first place. A deeper commitment to the law as a calling and not just a job is often what invigorates an attorney during the most toiling, desperate hours. Overcoming those hardships is what separates great attorneys from the rest.

We know that Lincoln was a great thinker. We know the great lines from his speeches—and he delivered them during a time when there was no broadcast or social media. Like all great lawyers, Lincoln was a masterful writer and speaker who was able to move people through his words, charisma, and presence. He was not just a great orator with great rhetoric; he was able to invoke the conviction in others by communicating his own personal conviction.

Great lawyers must also be great thinkers, writers, and communicators. From Lincoln, we can learn how to display our own personality, humility, and humanity in our messages (which work whether we are communicating with our clients, a jury, or opposing counsel). The act of traveling to be present and alongside a distressed client does much more than typing away at a memo—just like how Lincoln’s physical presence alongside weary troops on the battlefield conveys more than him just holding meetings in the White House. Great communication requires more than well-crafted words and can inspire unmitigated support—often, making the difference between a one-time client from lifelong client.